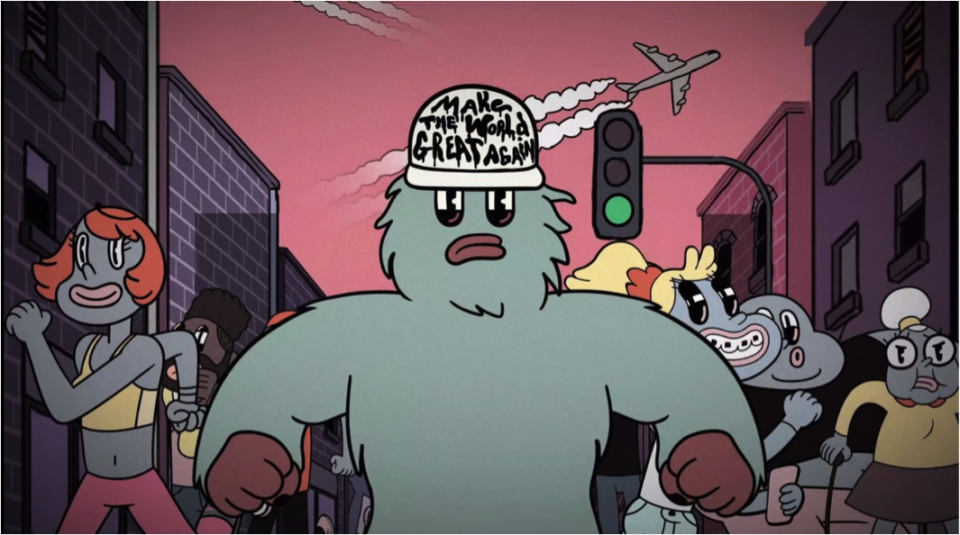 To inspire fans to get behind urgent climate action, major band Foals have exclusively premiered animated video for brand new track ‘Like Lightning’ on the Music Declares Emergency website.

Music Declares Emergency (MDE) was founded in 2019 by a group of artists, music industry professionals with Julie’s Bicycle. In July, MDE declared a Climate and Ecology Emergency, which attracted thousands of signatures from all sectors of the UK music industry. Foals are one of MDE’s numerous high profile supporters, alongside artists including The 1975, Jarvis Cocker, Alt-J, Hot Chip, Radiohead, Robyn and MassiveAttack.

The video’s central character is inspired to take action after watching nightmarish news reports of a dying planet. He hits the street and soon inspires a wave of like-minded souls to join him, first through social media and then out in the real world. He discovers that the more attention he generates for the cause, the more things change for the better.

The ‘Like Lightning’ video was written and directed by the French animator Virginie Kypriotis – “Rather than just being pessimistic or even too sentimental, the idea was to use our anger to create something funny and hopeful to celebrate the people who are actually doing something about it.”

Watch the video at Music Declares Emergency or below!

“The sound of one of the best bands of their generation leaving the rest behind.” ***** The Observer