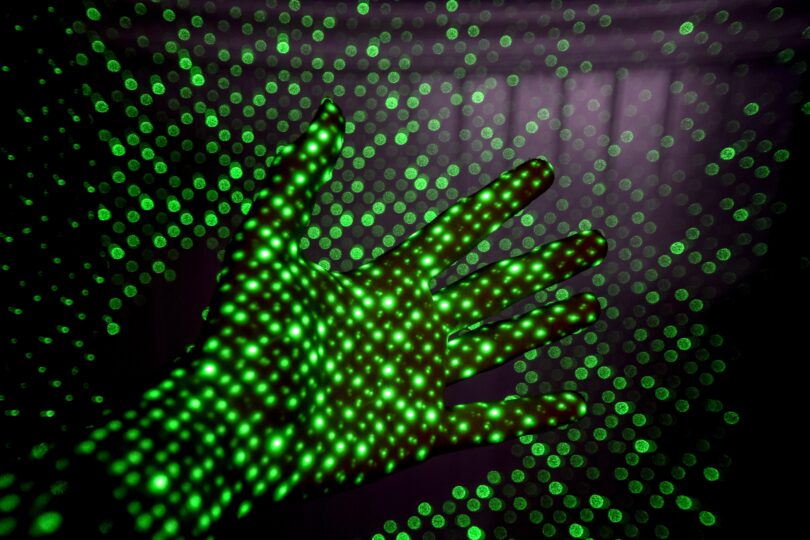 Take a look at the musicians, artists and performers taking part in our landmark summit We Make Tomorrow on 26th February 2020 at the Royal Geographical Society, London. 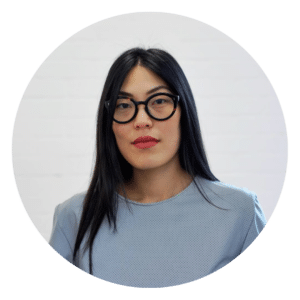 Through performance, video, painting and textiles, artist Zadie Xa explores the overlapping and conflation of cultures that inform self-identities and notions of self. Her layered textile works are sites for exploring contemporary identity construction and performance through cultural sampling, informed by her own experience within the Asian diaspora. Throughout her practice, Xa uses water and marine ecologies as metaphors for exploring the unknown, whilst also alluding to abstract notions of homeland. Recent solo exhibitions include Child of Magohalmi and the Echoes of Creation, a co-commission with Art Night, London, YARAT Contemporary Art Space, Baku, Tramway, Glasgow (2019) and De La Warr Pavilion, Bexhill (2020), Soju Sipping on a Sojourn to Saturn, Galería Agustina Ferreyra, Mexico (2018), HOMEBOY 3030: Return the Tiger 2 the Mountain, Union Pacific, London (2018), and The Conch, Sea Urchin and Brass Bell, Pump House Gallery, curated by Mette Kjærgaard Præst, London (2017). She has also staged performances at international galleries and festivals including Art Night London 2019, 58th Venice Biennale, Palais de Tokyo, Hayward Gallery, Serpentine Gallery, Block Universe and the Korean Cultural Centre UK.

Zadie Xa will present a preview of new sound work exploring the vocalisations of Orca and other Pacific Northwest cetaceans as a method for modelling collectives, pods, care, kinship, family and inter-species communication – Ancestral undulations and the transmission of knowing. 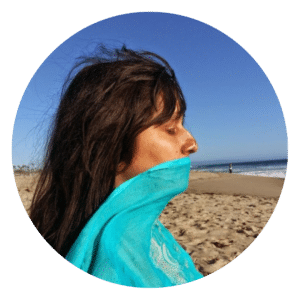 Bhanu Kapil is the Judith E. Wilson poetry fellow at the University of Cambridge, 2019-2020. Three new books are forthcoming in the next five months: How To Wash a Heart (Pavilion Poetry), a new edition of Incubation: a space for monsters (Kelsey Street Press), and a speculative novella based on Hildegard Von Bingen, part of of a new translation by Huw Lemmey, Unknown Language (Ignota Books). Kapil also maintains a poetry blog, The Vortex of Formidable Sparkles.

At WMT: Bhanu will be performing ‘Poem for the End of the World: 23 Fragments, a Flesh Note or Another Way To Be’. 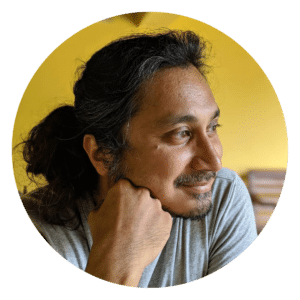 Jamie Perera is a composer who likes to use relevant sound in meaningful ways. Examples of this approach include using radio static for an Emmy nominated film about child poverty in the USA, making music from mathematical proofs with Marcus Du Sautoy, generating a sonic “elephant in the room” to highlight data privacy issues for Mozilla, sonifying climate change for Serpentine Galleries, using sound to show differences in consciousness with neuroscientist Anil Seth and creating a soundtrack out of guns for Amnesty International. 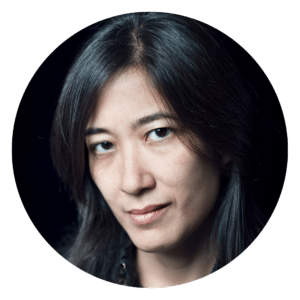 Leah Borromeo is a journalist and filmmaker at the crossroads of art and journalism. Described as “redolent with mischief”, much of her work involves personal narratives, public and private space, social architectures, the environment and the language of journalism. The projects she works on at Disobedient are journalistic in purpose and creative in process. Some of the folks she works with include the V&A, Serpentine Galleries, the Barbican Centre, Arko Art Center Seoul, Steirischer Herbst, National Geographic, The Guardian, Channel 4 and Al Jazeera English for whom she made the Oscar-qualifying and award-winning documentary “The Mortician of Manila”. As a former editor at Sky News, she has – on occasion – sold whatever is left of her soul to news outlets from the BBC to the CBC.She is available for birthdays and bar mitzfahs, is obsessed with baseball and will likely turn up to the opening of an envelope. She will always talk to strangers.

Oil, Coal and Gas for Three Cellos, sonically explores how we got to this stage of the Anthropocene and will be performed by Roxanna Albayati, James Douglas and Alice Eldrige.

Commissioned for We Make Tomorrow, this is a new composition by Climate Symphony, a collective that explore sonification as a therapeutic space for catharsis. Composing from 820 years of data, Oil, Coal and Gas for Three Cellos explores our sonic relationship to pollution, toxicity and our own ability to heal and renew. How can sound act as a container for data to be embodied and felt? How can confronting what has been, provide resilience for active change for the future? Climate Symphony are Leah Borromeo, Jamie Perera and Katharine Round with Orchestration by Dan Keen, and sonification programming by Adrian Lewis. 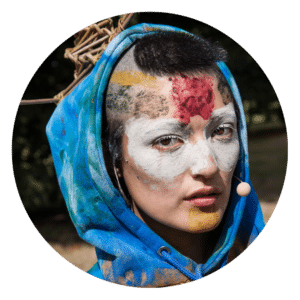 Ayesha Tan Jones will be presenting a ritual offering combining sound, vocal prayer and reiki energy. Embodying the character of the cyber Druid, Tan Jones embarks on a project of improvised sound journeys throughout 2020, connecting with the earth through sacred and un-sacred sites, invoking the ancient choirs of the past whose songs maintained the balance of peace and harmony across the land.

Sam Lee and The Nest Collective 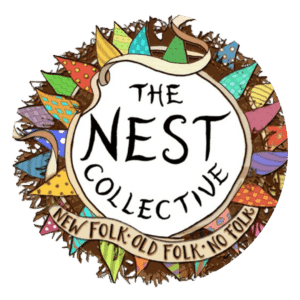 Sam Lee is a Mercury Prize-nominated and BBC Folk Award winning singer, conservationist and curator. Before becoming a musician, he trained in fine art but his life long passion has been wilderness studies and nature connection. He is a folk music specialist dedicated to collecting, sharing and interpreting the ancient oral music from Britain and Ireland. Sam’s forging of music and nature awareness has been most prolific through his ‘Singing with Nightingales’, an annual springtime concert series. Sam worked as musical director on the RSPB’s 2019 Top 20 birdsong single, ‘Let Nature Sing’. and his 2020 nature focused album ‘Old Wow’ garnered 5* reviews. 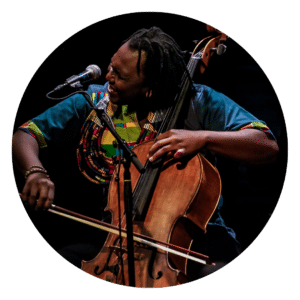 South African cellist Abel Selaocoe is redefining the parameters of the cello. He moves seamlessly across a plethora of genres and styles, from collaborations with world musicians and beatboxers, to concerto performances and solo classical recitals. Abel combines virtuosic performance with improvisation, singing and body percussion, and has a special interest in curating recital programmes that highlight the links between Western and non-Western musical traditions, with view to helping classical music reach a more diverse audience.

Having completed his International Artist Diploma at the Royal Northern College of Music in July 2018, Abel has already performed extensively across the UK, at venues including Cadogan Hall, Royal Albert Hall, Sage Gateshead, and Bridgewater Hall. He has appeared as soloist with orchestras including BBC Philharmonic and BBC National Orchestra of Wales, and has performed with orchestras across South Africa, including Kwa-Zulu Natal, Johannesburg and Cape Town Philharmonics.

Abel is a keen chamber musician, having made his Wigmore Hall debut in 2013 with composer Colin Matthews. He is the co-founder of BBC Introducing ensemble Kabantu, and in 2016 formed Chesaba – a trio specializing in music from the African continent, including compositions by Abel. He has enjoyed close collaborations with musicians from a medley of genres, including Tim Garland, Seckou Keita, Giovanni Sollima, Gwilym Simcock, and 12ensemble. In recent seasons, Abel has curated programmes at Kings Place, the Aldeburgh & Oxford Chamber Music Festivals, and has performed in both the late night BBC Proms, and BBC Proms Extra series 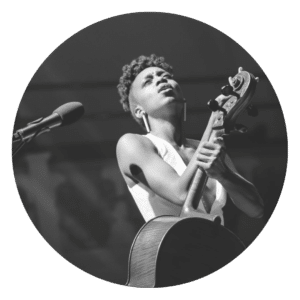 Singer, songwriter, cellist Ayanna Witter-Johnson is a rare exception to the rule that classical and alternative r&b music cannot successfully coexist. Graduating with a first from both Trinity Laban Conservatoire of Music and Dance and the Manhattan School of Music, Ayanna was a participant in the London Symphony Orchestra’s Panufnik Young Composers Scheme and become an Emerging Artist in Residence at London’s Southbank Centre. She was a featured artist with Courtney Pine’s Afropeans: Jazz Warriors and became the only non-American to win Amateur Night Live at the legendary Apollo Theatre in Harlem, NYC.

As a composer, she has scored original music for various productions and as an arranger and orchestrator Ayanna has worked with the London Symphony Orchestra (Hugh Masekela), and the BBC Symphony Orchestra (Urban Classic). Since releasing her EP’s Truthfully and Black Panther Ayanna has extensively toured the UK and several countries in Europe, whilst gaining a MOBO award nomination and getting airplay on BBC Radio 1 & BBC 1Xtra. A performer of extraordinary versatility her live shows are intimate journeys that chronicle her experience as a female artist in the 21st century. Because of her musical prowess, mesmerising vocals, non-compromising lyrics and ability to deftly reinterpret songs on the cello Ayanna is able to straddle both the classical and urban worlds effortlessly. She is the definition of eclectic soul. 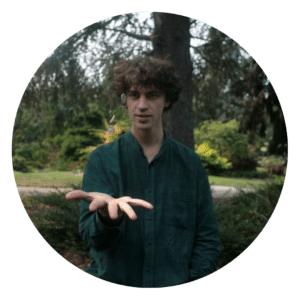 Cosmo Sheldrake is a 28 year old multi-instrumentalist musician, composer and producer. He released his first single ‘The Moss’ in 2014, which was followed by the ‘Pelicans We’ EP in 2015. This April he will release his debut album ‘The Much Much How How and I’ on Transgressive Records. Much of his work is to do with play, nonsense and the sonorous environment. Cosmo has also toured internationally, both on his own and with Johnny Flynn and the Sussex Wit, Mr Jukes, Sam Lee and The Gentle Mystics. In 2015 he ran a community choir in Brighton. He has composed music for film, theatre, including a series of Becket plays at The Young Vic. He has also worked as a facilitator and a teacher running music workshops for young people in England, Canada and the U.S.A. “He perceives the daily world around him, definitely with a child-like curiosity and wonder but also with a fair measure of genius.” – The Guardian 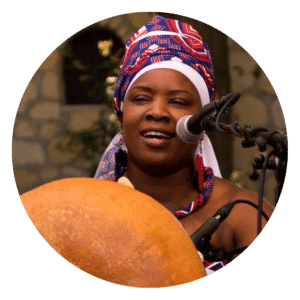 In performance, although her music goes deep into ancient Shona cultural heritage, it’s clear that Milli is keen to sing out loud on gender issues and the societal barriers affecting women in the diaspora & back in Zimbabwe, and this gives her fine performances a real cutting edge onstage. A Milli Chapanda show is above all a celebration of rich African tradition embodied in a Shona-style, that calls on those dancing ancestral spirits to rise through the trance of mbira’s cascading sounds to the pull of the voice & the insistent pulse of the deep ngoma drum & hosho shakers. 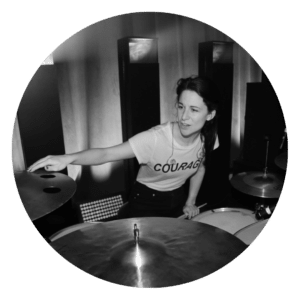 Fay Milton drums in UK post-punk band, Savages, is one half of continuously morphing supergroup 180db, created the club night Too Many Man and regularly DJs around the UK. Fay has been working with Extinction Rebellion since 2018. In 2019 she was instrumental in the creation of Music Declares Emergency and is a member of the organisation’s working group. 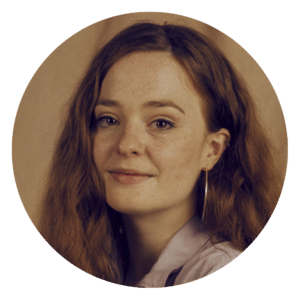 Roundhouse Resident Artist Laurie Ogden is a poet, playwright and actor. She has created work for organisations including BBC, Nationwide, Barnardos, Sky Arts and the Barbican. Her play Yes Chef follows two young women in the male dominated chef industry, exposing the reality behind closed kitchen doors and debuts at The Last Word Festival in June 2020