Sholeh
Home » About Us » People » Associates

Catherine Bottrill is an expert in how businesses can reduce environmental and energy impacts. She been involved with Julie’s Bicycle since its inception. She has led strategic environmental research projects, including First Step: Carbon Footprint of the UK Music Industry, Moving Arts (music, theatre and orchestra touring), Jam Packed (festival audience travel) and Performing Arts Energy Benchmarking. Catherine has contributed to the development of the IG Tools and certification scheme – she sits on the Creative Green Advisory Group. She works on Creative Green – an environmental certification designed specifically for arts, entertainment and cultural organisations to demonstrate their commitment, understanding and improvement of environmental impacts. In addition, Catherine is CEO of Pilio, a company providing energy analytics to businesses and used by many arts organisations for building energy management. 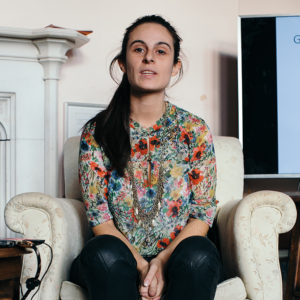 Sholeh Johnston is an Associate of Julie’s Bicycle, where she was previously Head of Creative Programmes. She has worked with hundreds of organisations across the creative and cultural community to encourage climate action, develop sustainable ways of working and engage with environmental issues creatively in the UK and internationally.

With Julie’s Bicycle she has designed and delivered training and events, collaborative projects, research, resources and mentoring for cultural managers and artists across a variety of topics and art forms, and co-designed the first Sustainable Cultural Management intensive summer school with mitos21.

Sholeh is a coach and a Fellow of the Clore Leadership Programme. Previously she worked with Visiting Arts providing professional development training and collaborative labs to foster intercultural dialogue and understanding between artists in the Middle East and the UK. 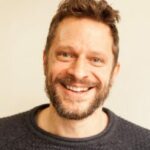 He driven by earth advocacy and the preciousness and beauty of life, and combines realism and a fierce optimistic to lead and support climate action.

Iphigenia Taxopoulou is a founding member and the General Secretary of the European theatre network Mitos21, representing some of the most prestigious national and public theatres in Europe.

She writes regularly on international theatre and issues of cultural policy and is a member of the advisory board of the cultural review “The Books’ Journal”, published in Athens.

She holds a BA Honours degree in Philology (Faculty of Philosophy – Aristotle University of Thessaloniki) and an MA degree in Cultural Management, Theatre Theory and Criticism (Department of Arts Policy and Management, City University, London).