Home » About Us » People » Zamzam Ibrahim 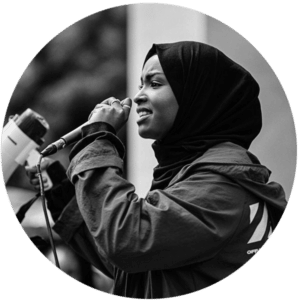 Zamzam Ibrahim is a Climate Justice Activist that joined JB in 2022. She was previously based in Brussels as the Vice President of European students Union. She a co-founder of Students Organising for Sustainability UK, and Vice Chair and Founder of the Muslim Leadership foundation. She’s a finance graduate from the University of Salford, Manchester were she started her work becoming the first Black Muslim women to become the President of her union, and went on to becoming the President of the National Union of Students in the UK.

She currently serves as an Advisor for the Union of Justice. She’s been the student representative for almost a decade leading work on a fully funded and just education system to tackling societal injustices, leading campaigns from; climate justice to tackling racial injustice. Zamzam has been a leading voice on tackling climate injustice more specifically in the education system, diverting away from a Eurocentric lens in which the climate crisis is currently portrayed.