An appeal to our Christmas Futures 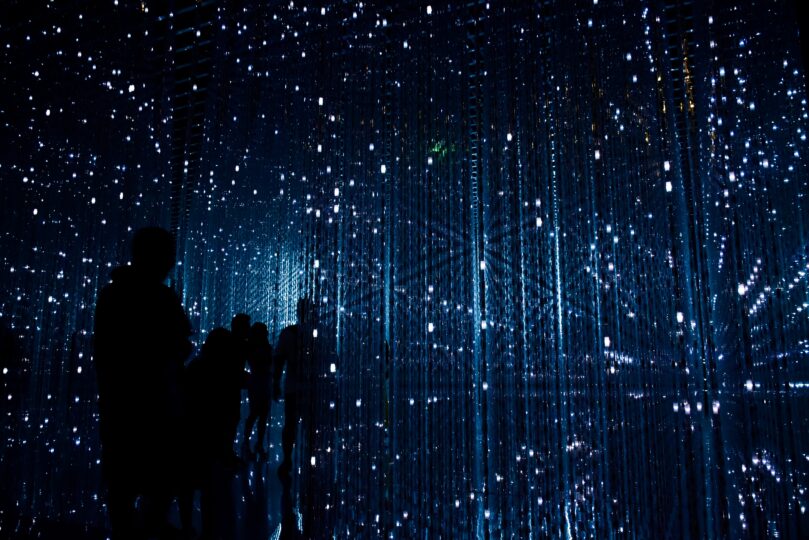 If earth’s history is a calendar year

And with just 7 seconds to go before the next year begins we arrive at the apex of 4.5 billion years of evolution into the Anthropocene, a new geological era which began in 1950, literally shaped by us.

Our choices in clothes, travel, food and culture are proving more powerful than meteors and earthquakes combined. We even have our own anthropogenic rock type: Plastiglomerate.

This era is based on a simple notion: endless growth. Only it’s not so endless, as we now know. We have used 33% of earth’s natural resources, the vast majority in the the last 40 years.

Every year we extract 55 billion tons of bio-mass, fossil energy, metal and minerals from the earth. We take it out, use it and then chuck it away in unusable, toxic, unstable and deeply destructive forms with unintended but increasingly manifest consequences.

This creative, complex and abundant world – perhaps unique in the vastness of the universe – is in terrible trouble.

The first one on climate change was the rallying cry to act within 12 years, the immediate trigger for the climate emergency movement and student strikes.

Then: Biodiversity in April; Land in May; Oceans in July.

None of them are comfortable (for me biodiversity was the most distressing; the more we understand about animals and plants the more their complexity and, in so many cases, their capacity to feel, learn, and communicate is revealed).

Each of them sounds the alarm and gives a clear set of recommendations, for rapid implementation. Instead of extracting we need to turn around and make it regenerative.

So how are we doing?

The UK is a mixed picture. As a measure of direct emissions the UK’s carbon has gone down – remarkably so, unless you include the carbon locked in to the clothes, toys and gizmos made in other countries.

Biodiversity and natural habitats less so; we have 13% of natural habitat left  – less than anywhere else in Europe. We have the climate change act, and parliament, and over 400 local authorities who have called a climate emergency. We are way ahead of North America in terms of single use plastic, but not so good as Europe; we could do much more on waste and recycling.

Public awareness in this country is high though, and that is an extremely precious asset. The climate emergency declarations that swept across the country last year, from Bristol City Council to Parliament, including Culture, Music, Architecture and Heritage. The arts are really stepping in to this space and that is a really good story.

Of course not. We need to continue to look at net zero carbon as our goal, we need to create places for and of nature, corridors of life throughout our lives. We need to be annoyed that the current model of growth and progress has been so stupid, misguided and destructive and we haven’t really noticed, and the arts need to take on the task of demonstrating what matters in how we do things, and to give meaning to the feeling and passions that will move us to action.

And if climate change as an idea doesn’t mean much to you then just take a walk outside by a river or canal, listen to the wind whispering the leaves, or notice that desk plant quietly filtering the air. Connect to the devastating beauty of it all, and all that we risk losing.

If I get to be 95 that’s another 40 years, the same time it has taken to create much of this mess, I need to imagine what that 40 years might be. How I live it, how we live it, and what I can do now to steward well and look ahead.

Because if we really want to, we can do this. Alongside the finance, policies, legalities, diplomacy etc etc etc we need acts of love, intelligence, foresight, and generosity.  We need to get some perspective that’s got lost, get real, and make tomorrow well.