Climate change is back on the agenda 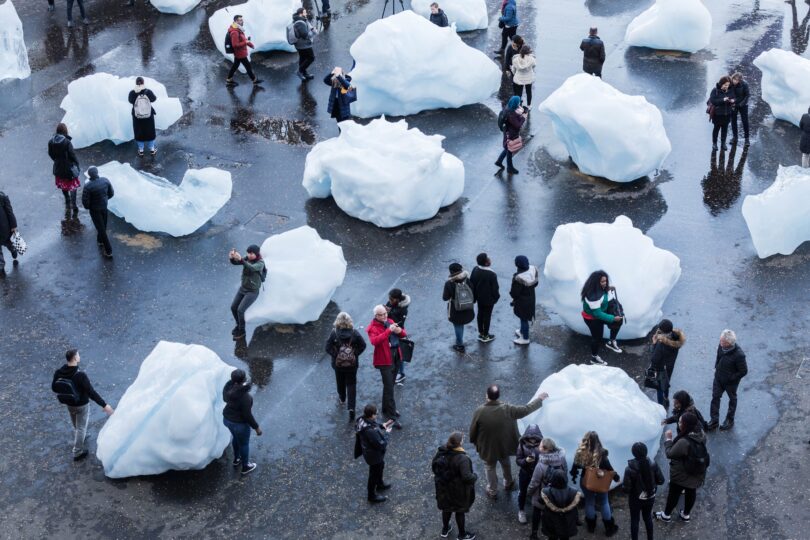 I might be imagining it, but cultural shifts these days seem to be triggered in the darkening months between October and Christmas; mood shifts, changes in feel, senses and insights that are wider and sharper than summer. Perhaps shifts that echo the seasons are not so fanciful – they make a kind of unscientific sense. And this year it’s happening around climate change, just as Blue Planet 2, broadcast between October and December last year, changed things.

With the consequences of ~90% of un-recycled plastic in front of our noses, the absurdity of using an energy intensive, toxic, highly destructive, stubborn material for a few moments of usefulness became too much to bear. Without the bells and whistles of a $25 million production budget the October publication of the IPCC’s Special Report on climate change might just do the same (the 2018 budget of the IPCC was around £7.7 million). It gives us a 12 year window in which to avoid the worst extremes of climate change. That’s a blink. It also revised the limit on warming from 2 to 1.5 degrees, and calls for “rapid and far-reaching” transitions by us all. Global net human-caused emissions of CO2 need to fall by about 45 per cent from 2010 levels by 2030, reaching net zero around 2050.

This is an enormous task that needs political and business consensus and public will to make it happen. How it feels is really important. The combination of the framing (12 years to reduce by 45%), the voices (normally muted climate scientists); political context (the Paris Agreement undermined by the USA and Brazil); economic context (staggeringly strong performance in renewable energy and clean technologies); and burgeoning, hopeful citizen, youth, cultural and city action – are changing the mood. Climate change is back on the agenda.

Inaction on climate is becoming a matter for the courts

Climate action is proclaiming itself beyond science and politics: right now I know of 1425 climate change-related litigation cases against, variously, national and local governments, constitutions, corporations, financial regulations and individuals including the children leading Juliana vs the US, and the citizen led Urgenda Climate Case in the Netherlands.

Clean finance is having its day (or perhaps its age), with trillions of dollars supporting the clean energy transition: nearly 1,000 institutional investors with $6.24 trillion in assets have committed to divest from fossil fuels, up from $52 billion four years ago – just to be clear, that’s an increase of 11,900 percent.

The divestment movement began in US universities by young people mindful of their futures. Now local authorities, faith groups, cities and one country to date, Ireland, are committing to fossil fuel divestment.

The latest projections on clean energy have left analysts scratching their heads. Since 2012, more than half of new electricity power additions have been renewables. The cost of solar has dropped over 70% since 2010 and combined renewable costs are falling so fast that they might be cheaper than fossil fuels by 2020. The share of renewables in the UK’s electricity generation hit a record high of over 30 per cent in the second quarter of 2018, while coal dropped to an all-time low of only 1.6 per cent. In the cultural sector, 25% are on green tariffs, but it’s time to go the whole hog: 100% clean energy.

And of course there is culture. Creatively there is so much going on that it’s difficult to keep track. JB highlights include the eclectic, inspirational and surprising hit of the season, Season for Change, delivered on a shoe string by our brilliant partners Arts Admin, us, and many of you; the Creative Climate Leaders at the frontiers of new practice; the Arts Council Accelerators, just nominated for a Stage Award; ambitious Creative Green awardees, the city networks in Manchester, London, Leeds, Edinburgh, San Francisco, Cape Town… I could go on and on. No one can seriously say that this issue isn’t relevant and inspirational: 65% of Arts Council organisations are commissioning work on climate and the environment, and this week Olafur Eliasson’s Ice Watch honoured the 3 years since the Paris Agreement was passed. People are hugging, tasting, and touching these sea creatures – watching the ravishing erosion of ice prophets, listening to the pops of ancient arctic ice, freed as they melt, is literally, witnessing climate change.

Cultural leadership in service to our planet is thriving

We have yet to see what the outcomes of the talks in Poland will be (and it isn’t looking great). But yesterday Claire Perry, Minister of State for Energy and Clean Growth, put in a formal bid for London to host the critical 2020 COP26 climate talks. I hope we win. It would give us – culture – a spur for greater ambition, and showcase cultural leadership at its best – purposeful, divergent, connected and creative, speaking to truth and expressing the best in us.

The next decade will be determining for all of us – because the climate is changing and we can do something about it. Now is a really important moment which urgently needs you. We must keep up the momentum. Protecting the planet will make us happier, healthier, more creative, enterprising, and connected. Let’s make spring truly regenerative.