Cutting through the noise: climate activism for tangible change 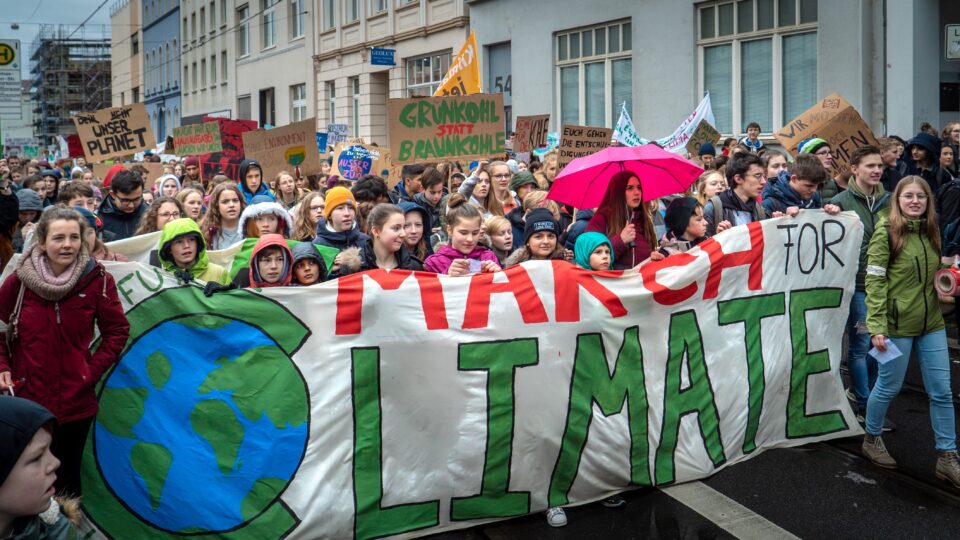 – By Abbi Knell, Communications and Campaigns Officer at the Children’s Investment Fund Foundation, and Associate Board Member at Julie’s Bicycle

In July 2018, I joined the Strategic Engagement and Communications team at the Children’s Investment Fund Foundation (CIFF), the world’s largest philanthropy dedicated to improving children’s lives. An integral part of the organisation is its climate team, working with partners and grantees across the globe to change the environmental landscape, increase our renewable energy sources, and strengthen climate litigation to secure a safer, thriving future for today’s children.

The successful implementation of CIFF’s objectives can often depend upon the salience of our messaging and the by-in from actors on the ground in relation to any given programme or activity. Our ability to create progressive policy change and public action can be determined by how effectively we engage with policy makers and communities, and how strategically we can navigate varying environments.

On the 6th of June 2019, What Next? Climate Change came to the British Council offices in London, where I was asked to speak on climate activism, and the role organisations can play in mobilising the climate movement. In doing so, I highlighted the four core areas which are worth investing time in if you are trying to generate impactful activism:

Never view activism in a vacuum:

The first port of call for generating organisational activism is to assess the general landscape of both support and opposition for your cause. Understanding where your mission and objective fits into the general spectrum of opinions and action can serve as a great indicator for how much support and sustainability it may achieve. Extinction Rebellion is a brilliant example of the cross-cutting approach to campaigning; generating key calls-to-action, creating highly visible public moments, and ensuring political influence remains integral in their messaging.

Grow the base of support:

Spikes in interest in a movement are great for media coverage, but they should not be your sole focus. ‘Growing the base’ is part of a longer term strategy to maintain engagement and sustain people’s interest in your cause. Major short-term campaign moments can assist in increasing your base of supporters, but listening to your ‘base’ and ensuring that messaging resonates with them can ensure the longevity of activism for your chosen cause.

Ensuring there is alignment within your base of supporters is also a great way to overcome virtue signalling and misinformation, which often appears in moments of protest and one-off campaigns through social media/media coverage. Having a clear base of support adds validation and weighting to your messaging, which can often cut through the heightened media engagement.

Language has the ability to make or break a campaign. The climate community’s use of superlatives in messaging, though accurate, can create a fatigue towards action and engagement when used frequently. Here and here are some points to consider when developing your messaging.

To counter audience fatigue, developing stories instead of facts allow you to both highlight the severity of the issue, and get a clear message across which can resonate with audiences on a human level. The cultural space has a clear opportunity in this area – playing host to audiences with an empathetic predisposition – to engage their community with stories that can work as drivers for action and sustain public engagement on the climate emergency.

NB: It is also worth mentioning that you should not speak on behalf of, but speak alongside, those that are directly affected by your objectives. As a community, we should use our privilege to leverage all voices in a campaign – alienating individuals or groups can lead to a shrinking of your base of supporters.

In the UK, our political landscape is flooded with competing priorities and issue areas. In certain circumstances, the issues that are listened to the most boils down to ‘who shouts the loudest’. Given this scenario, organisations in the cultural space must work together and align on clear objectives and messaging, in order to generate impactful activism.

Spaces such as the What Next? Climate sub group can and should be used to assist in aligning the cultural sector’s narrative on climate. Creating clear messaging that resonates with the community, hosts a clear call-to-action (for both the public and policy-makers), and has agreed-upon, collective end goals.

It is worth noting that the above is not an exhaustive list of actions we can take to create impactful and sustainable campaigns, but it’s a template upon which we can build momentum and clear direction. The cultural sector can (and does) play a pivotal role in helping people understand and engage with the climate emergency, and the sector must sustain this role if we are to reach key climate targets in the next decade.

Digital Storytelling in the Age of Climate Change

Climate groups across the UK