Skip to content
Home » News & Opinion » Selling green futures: why the road to hell is paved with good intentions
Opinion

Selling green futures: why the road to hell is paved with good intentions 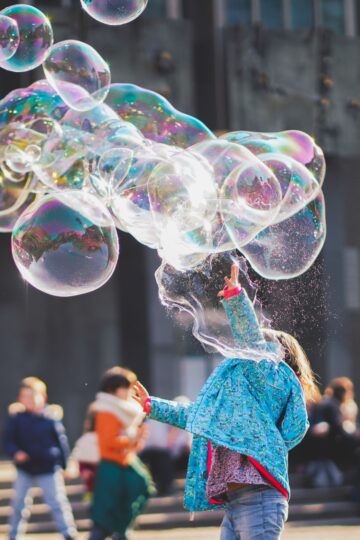 I can feel the precision-engineered advertising algorithms humming with excitement. HELLO YOU THERE, IN THE CENTER OF THE MUSIC-AND-CLIMATE-CHANGE VENN DIAGRAM, I HAVE SOMETHING FOR YOU. And there’s Peggy Gou, driving a hydrogen-powered Hyundai SUV through my timeline over and over and over again, promising me a ‘brighter and greener future’.

It’s uncanny how close to the mark it is, and yet how completely it misses the point.

This is not to unduly criticise Peggy Gou. In the world of figuring out ways that the music industry can use its power for good in the fight against catastrophic climate change, celebrity brand tie-ups with those building the tech we need for a zero-carbon world has long been part of a possible playbook, and to date examples of it have been woefully few.

But this one also highlights some of the many pitfalls, and shows how the music industry needs to get savvier, and FAST, to navigate the coming influx of advertising money from brands increasingly keen to paint themselves on the right side of history.

With this partnership, Peggy Gou has been unfairly pulled into the middle of a lobbying struggle. Hydrogen power is among the more contested future technological pathways towards net zero carbon emissions, promising both opportunities (especially on energy storage and hard-to-decarbonise areas like shipping and HGV transport), but also plenty of reasons for caution against claiming that a green future is “a Hydrogen Society … centered around – and powered by – hydrogen” as the Hyundai H2U programme this advert is a part of triumphantly claims.

At present, hydrogen is still mostly produced using fossil fuel gas – called ‘grey’ hydrogen. Longer-term plans involve capturing and storing most of the carbon emissions that result from this process to create ‘blue’ hydrogen (but the carbon capture technology can’t capture them all). Finally, so-called ‘green hydrogen’ is produced using renewable energy, but it’s less efficient to use renewable energy to create hydrogen than it would be to use that energy to charge batteries directly: that means where and when we use hydrogen really matters.

So, despite what the advert claims, the Hyundai NEXO is only a ‘zero-emissions’ car if you only look at tailpipe emissions, or ensure you only refuel it with hydrogen from renewable sources. And rather than being the “go to sustainable solution,” hydrogen is one technology that will need to play a part in our future energy systems, but not the only one, and generally not for travelling short distances in cities in passenger cars. Pretending otherwise (as Hyundai’s H2U programme seems to do) is disingenuous, as has also been highlighted in the UK’s headlines this month, where scientists are warning the government not to fall for the hydrogen ‘hype’ at the expense of everything else.

The other part that makes this advert sit uneasily is that it is for an SUV in the urban context of Berlin. The upwards creep in car size around the world has been an environmental disaster. Bigger cars need more raw materials; use more energy to move because they’re heavier (and we urgently need to use less energy where we can, to make it easier to shift to clean energy); take up more space on the roads, which leads to more congestion and crowds out cyclists and public transport; and need bigger parking spaces which means even less room for cyclists, pedestrians, public green space. SUVs are also more likely to kill pedestrians in accidents. We don’t need a 2-tonne metal box with the power of 150 horses to move some records short distances around a city, hydrogen-powered or not.

I don’t want to over-labour these points, and this really isn’t a criticism of Peggy Gou specifically. The way people start piling on as soon as any artist comes out on environmental issues has done huge damage by making too many artists afraid to speak out just when we need their voices the most. We actually do need more of this. But I also hate to see artists and their teams potentially getting hoodwinked by false promises, and pulled into enabling some of the very problems they want to fight against. The blowback will be on the artist, and not the brand.

In all these cases, artists are being roped in to celebrate brands they might not otherwise agree to partner with, all under the guise of shaping a better, greener, future. Shades of greenwashing, in short. The road to hell is paved with good intentions.

So: is this really any worse than the countless brand ambassador tie-ups that still live in the weird parallel world where the climate crisis doesn’t exist? Shouldn’t we at least appreciate those artists trying to find climate-aware partners (especially in the middle of a pandemic where a sponsorship payment might make the difference between whether they and their teams get paid at all or not)?

The answer to both can be yes. It’s high time for the music industry to more proactively throw its power behind the companies and technologies building a zero-carbon future. But to avoid artists becoming the faces of greenwash does mean that those working in brand tie ups – from management to branding agencies – have to get smart on environmental issues. Artists might need help making good decisions and pushing back on framing or messaging that feels off. All of these ads might have sat better if they were shaped with a bit more realism, more “hey! We’re figuring out what happens next, here’s something cool”, less “THIS IS THE GREEN FUTURE AND IT IS HERE, REJOICE.” The purpose of adverts is to sell, but that doesn’t mean artists have to sell unquestioningly.

The more the music industry itself is involved in figuring out how to decarbonise its own operations and supply chain, the more it will have its own expertise on which solutions and technologies work, for what, and which ones are nicely dressed wishful thinking or simply more of the sell. When brands come asking for artists to promote their solutions to the public, and businesses across the world rush to celebrate their “carbon positive” commitments and “green” credentials, knowing how to ask those critical questions is just part of the job description now.