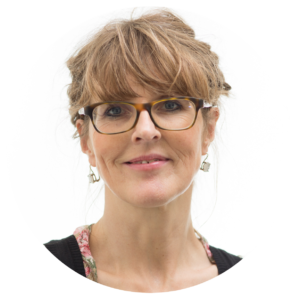 Alison established Julie’s Bicycle in 2007 as a non-profit company helping the music industry reduce its environmental impacts and develop new thinking in tune with global environmental challenges. JB has since extended its remit to the full performing and visual arts communities, heritage and wider creative and cultural policy communities. JB is acknowledged as a leading organization bridging sustainability with the arts and culture.

Originally trained as a cellist, Alison worked with seminal jazz improviser and teacher John Stevens. She worked for many years at Community Music and at Creative and Cultural Skills where she established the National Skills Academy. She has been on many advisory and awarding bodies including Observer Ethical Awards, RCA Sustainable Design Awards, D&AD White Pencil Awards. She has been on the boards of the Music Business Forum, Live Music and Sound Connections, and is on the board of Energy Revolution.

2019: JB won the WOMEX 2019 Professional Excellence Award for the: ‘rallying of artists and arts professionals from all over the world to speak and act in one powerful group’.

2019: Alison Tickell won a Tonic Award for women in theatre and performing arts, for “commitment to increasing awareness of the performing arts’ carbon footprint and implementing practical and imaginative changes to better the industry through her pioneering work for Julie’s Bicycle”.

2016: JB Founder and CEO, Alison Tickell, won Campaigner of the Year at the MusicWeek Women in Music Awards