Farhana WMT
Home » About Us » People » Board Members 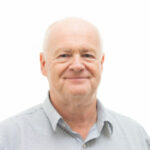 Tony was Chairman and CEO of EMI Music UK & Ireland from 1998-2008. Prior to that, he was Managing Director of the Parlophone label, working closely with artists such as Blur, Radiohead, Crowded House, Pet Shop Boys, Tina Turner, Foo Fighters, Beastie Boys and Queen. He subsequently managed all of EMI’s UK labels, working with global artists including Robbie Williams, Coldplay, Kylie Minogue, Lily Allen, Gorillaz, the Rolling Stones and the Beatles. Tony has previously acted as Chairman of the BPI, the representative body of the UK recorded music industry, and Chairman of BRIT Awards Ltd. He is a Trustee of the BRIT Trust, Governor of the BRIT School, Trustee of the Music Sound Foundation and Trustee of the EMI Archive Trust. He is non-executive Board Director of BIMM, the market leader in popular music higher education. 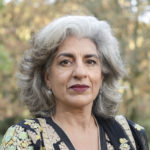 Farhana Yamin is an internationally recognised environmental lawyer, climate change policy expert and activist. For 30 years she has provided high level strategic and legal advice to leaders of vulnerable countries and was Lead Author of three assessment reports for the Intergovernmental Panel on Climate Change. She is also credited with getting the goal of net-zero emissions by 2050 into the 2015 Paris Agreement after which Ms Yamin founded Track 0, a co-created global campaign to unify the climate movement focusing on a full phase-out of greenhouse gas emissions to zero in line with climate science.

In 2018 She joined Extinction Rebellion (XR) as Coordinator of the Political Strategy Team and played a central role in the rebellion including getting arrested in April 2019 for gluing herself to the HQ of the oil giant, Shell. She now remains a member of XR’s International Solidarity Network and is an Associate Fellow at Chatham House, a Fellow of the Royal Society of Arts, a Senior Advisor for Systemiq, a Trustee for Greenpeace-UK and Julie’s Bicycle, and a member the Programme Committee of WWF-UK. 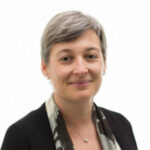 Sian is Executive Director of the Lyric Hammersmith and has previously worked as a senior management consultant in the arts working with organisations such as the Nuffield in Southampton, Creative Industry Finance, Tricycle Theatre and the World Stages Consortium. She was previously Executive Director of the Bush Theatre (2012-2014) and Associate Director for Theatre at Julie’s Bicycle (2010-2013). She was Head of Theatre for Arts Council England from 2000-2010.

Previously, Sian has worked for a range of performing arts companies, producing and touring theatre and contemporary dance in the UK and overseas. She has acted as the Executive Director of Siobhan Davies Dance Company, Manager for Michael Clark Company, Manager for Aletta Collins Dance Company and Manager for Laurie Booth. She is Chair of the Board for Frantic Assembly and a trustee for the Gate Theatre, London Theatree Consortium and on the advisory board of non-zero one. Sian is a Clore Fellow (2006). 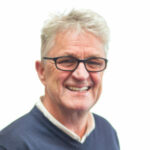 Melvin Benn is the Managing Director of Festival Republic, the leading UK event promoter behind Latitude, Reading & Leeds Festivals, Download, Wireless, V Festival and overseas events including Benicassim, Electric Picnic and Lollapalooza Berlin Festival. This year, Benn was instrumental in producing the One Love Manchester benefit concert which was broadcast live in over 50 countries and raised over £2 million for the British Red Cross We Love Manchester Emergency Fund.

With vast experience of staging the best in entertainment events, Benn was a director of Glastonbury Festival for over a decade, Chairman of the Board of Directors of Wembley Stadium for five years from 2011 and currently Chairman of the Advisory Board at Wembley Stadium. Benn sits as a representative on the Concert Promoters Association (CPA), was influential in writing the Guide to Health and Safety at Outdoor Events (‘the Pop Code’) and makes regular presentations to the Emergency Planning College, the police and other bodies. 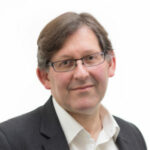 John is a Partner at the pioneering law firm CMS, Olswang and Nabarro, having trained as a media lawyer providing commercial, regulatory and copyright law advice in all aspects of media and communications business, with a specific focus on music and audiovisual content via digital platforms. John is an expert in all forms of digital media and the acting Head of Music. He has been at the forefront of new media developments for nearly 20 years, assisting clients to launch new and innovative services across a range of technologies, including TV, PCs, mobile, tablets and connected devices. He works with broadcasters, content aggregators and distributors, record companies, pure-play digital content businesses, mobile operators, and sector investors. John regularly writes and speaks on a range of topics relating to interactive media. With Matthew Phillips, he has co-authored Olwang’s annual convergence report since its inception in 2005 (pre-merger).

CMS, Olswang and Nabarro has a strong commitment to reducing its environmental impact. Pre-merger, Olswang was carbon neutral from 2009. 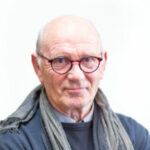 Neil has worked in creativity and industries in the UK, US, Africa and Europe. Acting as the Chief Executive of Paddington Development Trust, he works in creative regeneration in some of the poorest neighbourhoods in the UK. He is acting Chairman of Sulgrave Village Shop and is involved in a number of charitable and business initiatives in the UK. He operates an organic smallholding from his home in Northamptonshire and grows thirteen varieties of English apple, as well as plums, pears, quince and French walnuts. 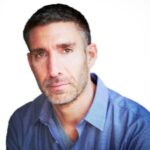 David is the Chairman and CEO of Universal Music UK, the UK’s leading music company and part of the Universal Music Group worldwide. He oversees the labels Island, Polydor, Capitol, Decca and Virgin EMI and the world famous Abbey Road Studios. Universal Music UK has worked with the world’s leading artists including The Rolling Stones, U2, Take That, Florence + The Machine, Mumford & Sons, Elbow, Emeli Sandé, Lana Del Rey, Lady Gaga, Rihanna and Eminem, as well as the number one classic label in the world.

Previously, David was the Head of Artist Development at RCA working with artists Take That, Kylie Minogue and Annie Lenox. He is a member of the BPI Council and a member of the Council of the Arts Council England. He was previously acting Chairman of the BRITS Committee. In 2013 David worked with Baroness Lawrence of Clarendon to gather music industry support for Unity, the O2 Concert marking the 20th Anniversary of Stephen Lawrence’s murder. 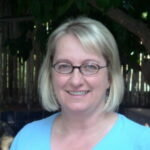 Diana has authored and edited seven books, more than 100 journal articles and book chapters, and has supervised more than 60 postgraduate students. She has served as an author and committee member for the Intergovernmental Panel on Climate Change (IPCC), the US National Climate Assessment, the International Design Committee for ICSU’s Future Earth initiative, and the US National Research Council. She received the Royal Geographical Society’s Founders Gold Medal and the Distinguished Scholarship Award of the Association of American Geographers for her contributions to understanding the human dimensions of global environmental change.