Webinar – Culture as a rocket fuel for urban regeneration: A Critical Look

In recent years, culture-led regeneration has gained popularity as a means of reversing urban decline by rebranding cities. Culture is used as a development strategy in many European cities, especially those where de-industrialisation hit harder. Culture can also become a means to attract capital, to improve the image of the city, and to promote unity and cooperation. Without necessarily building flagship cultural venues, cities are betting on culture and use it to re-brand themselves. This webinar will discuss well-known examples of cities using culture for urban regeneration purposes and examine some of the consequences of culture-led urban regeneration. We will also discuss the role of culture in sustainable city planning and how can culture policies contribute to more just, sustainable and healthy cities.

The European Capital of Culture title awarded to Liverpool in 2008 led to a massive investment in culture and events. The national and international reputation of the city continues to be influenced by this title a decade on. Commissioned by Liverpool City Council, Impacts 08 was a joint research initiative of the University of Liverpool and Liverpool John Moores University, which from 2005-2010 evaluated the social, cultural, economic and environmental effects of Liverpool’s hosting the European Capital of Culture title in 2008. The research proved how, since its hosting of the title in 2008, Liverpool has asserted its cultural renaissance. The way the city sees itself, and is seen by the rest of the country, has been transformed, and culture is unmistakably at the heart of the city’s rebirth.

Nantes suffered from deindustrialisation, especially the Island of Nantes, when the shipyards were abandoned. The brownfield led to a decline in social cohesion and sense of belonging. Since the early 1990s, local policy-makers have been pioneers in using culture (and later creative industries) as a driver for territorial change and growth. The Island of Nantes is now host to a vivid creative ecosystem. The Creative Factory, located on the western part of the Island, is a centre for creative productions in Nantes emerging from the meeting of artists, researchers, entrepreneurs and students. Coordinated by the urban redevelopment agency in charge of the island of Nantes (SAMOA), the creative cluster aims to build bridges with higher education and research, leading a network of actors and partners involved in scientific and technological culture, and structure and lead the creative enterprises network.

Many urban networks and organisations are already responding to the need for sustainable city planning, for example the Barcelona Lab for Urban Environmental Justice and Sustainability which develops novel research that builds on urban planning and policy, social inequality, and development studies; and the new HORIZON2020 project: UrbanA. This new collaboration aims to synthesize and broker knowledge for sustainable and just cities generated by prior research and innovation projects and translate this knowledge into action. What then is the role of culture? The cultural life of cities connects citizens to one another, and to their values, offering a platform to influence and lead public engagement on climate change. Culture is a means to support a city vision which is intelligent, citizen-centred, socially-just and environmentally sustainable. This part of the webinar will learn from the case studies and cities who are convening culture and environment through city planning and development.

– Dr Beatriz Garcia has been at the forefront of debates about culture-led urban regeneration since 1999. Her pioneering work on the cultural impact and legacy of mega-events has informed city strategists around the world. Dr Garcia has directed Impacts 08 research framework on the multiple impacts of Liverpool as 2008 European Capital of Culture (ECoC) and reviewing the first three decades of ECoC legacies throughout Europe.

– Lucy Latham, Julie’s Bicycle Policy and Cities Programme Lead will present a broader take on social and environmental sustainability within culture led regeneration and present the Barcelona Lab for Urban Environmental Justice and Sustainability and UrbanA project as case studies. 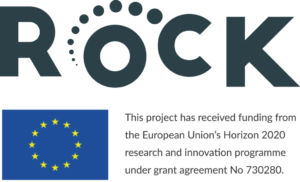