5 organisations bridging art and biodiversity in the UK 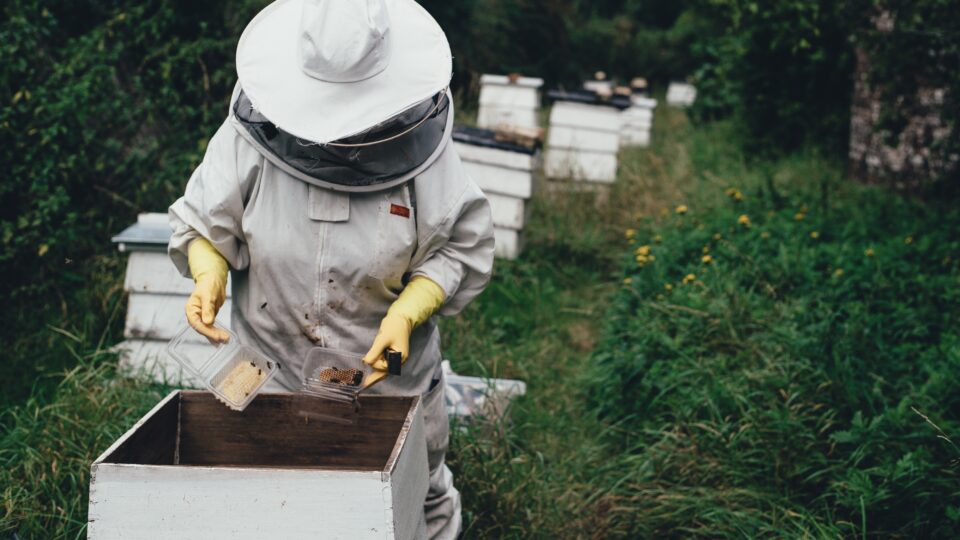 The arts can do so much to shape the way we understand and value nature and wildlife. Season for Change showed us a glimpse of the potential that art and culture have to bring nature firmly back into our understanding of culture and heritage.

As we endeavor to inspire deeper connections among people and nature through artistic work, the creative sector cannot see ourselves as disconnected from harm done to biodiversity and wildlife. Urbanisation and development often come at the expense of green spaces and habitats. Our task is to create an arts ecosystem that promotes biodiversity and habitat protection, and reinforces natural processes rather than taking away from them.

In honour of World Wildlife Day 2019, here are some arts and cultural organisations developing and nurturing their local environments. They’re creating supportive habitats for nature, from bat sanctuaries and beehives to lush green infrastructure. Embedding wildlife into arts spaces, we see art and wildlife flourish in tandem.

Phytology is an artist-led research project and medicinal garden within Bethnal Green Nature Reserve, where it acts as a community hub for artistic and scientific research in the middle of East London, exploring ideas of use, value, resilience and function of wildness within urban landscapes. The site houses over thirty varieties of indigenous plants common in the urban ecosystems across the UK – generally regarded as weeds, but grown in Phytology for their value in phytotherapy, traditional and conventional medicine. They’ve also launched a bat sanctuary project, supporting local urban bat populations. We were delighted to join Phytology for a panel discussion on art and ecology presented by London Creative Network in September 2018, alongside art practitioners from Worm and SPACE. You can listen back to the discussion here.

HOME, a centre for contemporary art, theatre and film in Manchester, houses two honeybee colonies on their rooftop. Installed in Spring 2018, the site supports at-risk pollinator species that contribute to biodiversity in Manchester city centre. In addition to the garden of wildflowers that surrounds their hives on the roof, the bees travel to forage from and pollinate flora across the city. The bees complement a host of other environmental sustainability initiatives at HOME, from building efficiency and staff engagement to creative programming, and they’re participating in the Accelerator Programme as part of Manchester Arts Sustainability Team.

The Boundary Way Project in Boundary Way Allotments & Community Garden is led by a team of artists and plotholders facilitating creative activities in the garden. Undertaking research into the natural heritage and social history of the site, the artistic work on site takes inspiration and uses materials from local wildlife, while helping remember and create meaning in relation to the garden. In doing so, they’re connecting the local community to the local biodiversity and heritage of the area. Their on-site exhibition ‘A Sense of Place’ was a part of Season for Change in 2018. The site itself, which includes an orchard, woodland area and pond, is a haven for wildlife in Wolverhampton. In April, Boundary Way will host an exhibition around the microscopic world of the bee and an accompanying workshop in May.

Village Underground’s green roof is a great example of how biodiversity initiatives can and should tie in with an arts and cultural organisation’s needs. The venue – which includes a 700 capacity event space – required a heavy-duty roof that would soundproof acoustics from bleeding onto the street. Rather than opting for a roof made of dense concrete, which is a significant contributor to greenhouse gas emissions, Village Underground decided on a green roof. On top of dampening concert noise, it provides insulation that helps reduce the building’s energy consumption and combat the ‘Urban Heat Island effect’. It provides a habitat for a range of insects and plants, including a beehive and pollinator-friendly vegetation. Check out our case study to find out more about the green roof and all the other ways Village Underground is acting on environmental sustainability.

Boasting a public roof terrace and a green sedum roof, Lyric Hammersmith’s venue is bursting with greenery. They most recently welcomed 180,000 Buckfast honey bees into three beehives on the green roof. These pollinators will help the roof mature, as well as help support other surrounding biodiversity and vegetation. The bees don’t only spread pollen – the honey harvested from the hives are sold in their cafe and at local markets, where they help spread the word about Lyric’s other environmental initiatives, of which there are many. Lyric are also one of the first organisations to achieve a five star certification under Creative Green. They’re also exploring green touring models under the Accelerator Programme, as part of a new consortium formed with Metta Theatre, Improbable, Blackpool Grand Theatre, New Adventures and ATG.

If you’d like to find out how JB can help your organisation embed wildlife initiatives in your venue or practice, please get in touch through info@juliesbicycle.com.