Letters to the Earth at We Make Tomorrow 2022 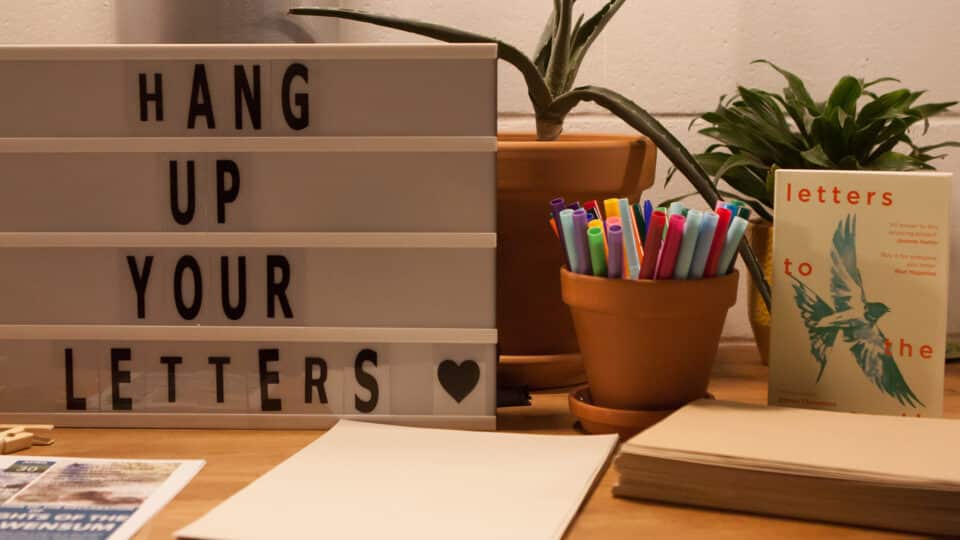 Need a moment of quiet reflection?

Created by Letters to the Earth.

Drop in throughout the day to the retreat space at We Make Tomorrow 2022 to write your Letter to the Earth and add it to a growing gallery of messages for a fairer, greener and more thriving world.

Copies of the book Letters to the Earth, Writing to a Planet in Crisis introduced by Emma Thompson and containing voices from around the world will be available to read and purchase.

Letters to the Earth is an award-winning creative campaign calling on people around the world to write and share a Letter in response to the planetary emergency.

Since 2019, thousands have taken part expressing their hopes and fears, giving voice to nature and painting their visions for the future: children as young as 3, parents, teachers, renowned climate scientists, journalists, activists, indigenous elders, business leaders, writers such as Ben Okri, actors such as Mark Rylance and artists such as Yoko Ono.

In 2020 Letters to the Earth was nominated Best Campaign by Julie’s Bicycle’s Creative Green Awards. The award-winning book Letters to the Earth; Writing to a Planet in Crisis, published by HarperCollins in the UK and US and introduced by Dame Emma Thompson and illustrated by Jackie Morris, chronicles for the first time how humanity is processing the impacts of climate change and ecological breakdown.