We Fight For Our Air 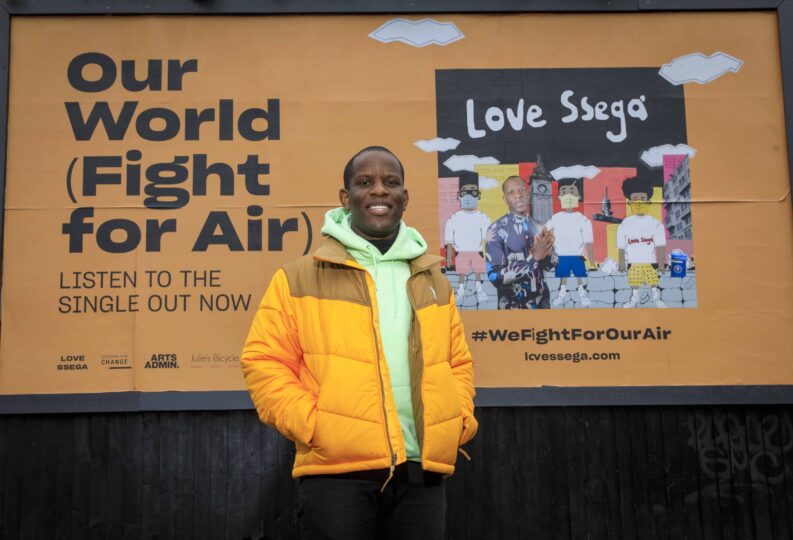 Continuing on the theme of ‘Earth Day, Every Day‘ a week after EarthDay 2021, former lead singer of international dance band Clean Bandit, Love Ssega has released a new track Our World (Fighting for Air) in memory of Ella Adoo-Kissi-Debrah, a nine-year-old girl from Lewisham who died as a result of pollution.

The Airs of the South Circular project, part of Season for Change, features epic billboards across South London and a downloadable 16-page comic climate manifesto.

Love Ssega’s work focuses specifically on his hometown of Catford in Lewisham and the toxic air caused by pollution from the nearby South Circular Road, which runs across London.

Emissions from the red route road, one of Britain’s busiest, were ruled to have partially caused the death of nine-year-old Ella Adoo-Kissi-Debrah in 2013.

Pollution levels in Lewisham are way above the national average with children under nine more than a third more likely to be admitted to hospital with asthma. That figure jumps to an incredible 78 percent for children under 19.

Watch the short music video below

Love Ssega has a scientific background having studied Chemical Engineering at Cambridge and has a PhD in Laser Spectroscopy, also from Cambridge. JB’s recent Creative Climate Chats series featured Love Ssega and Eli Goldstein, (Soul Clap & DJ’s for Climate Action) which can be rewatched here. The two talk climate action in music and breaking down silos between sectors.