Music Declares: Turn Up The Volume 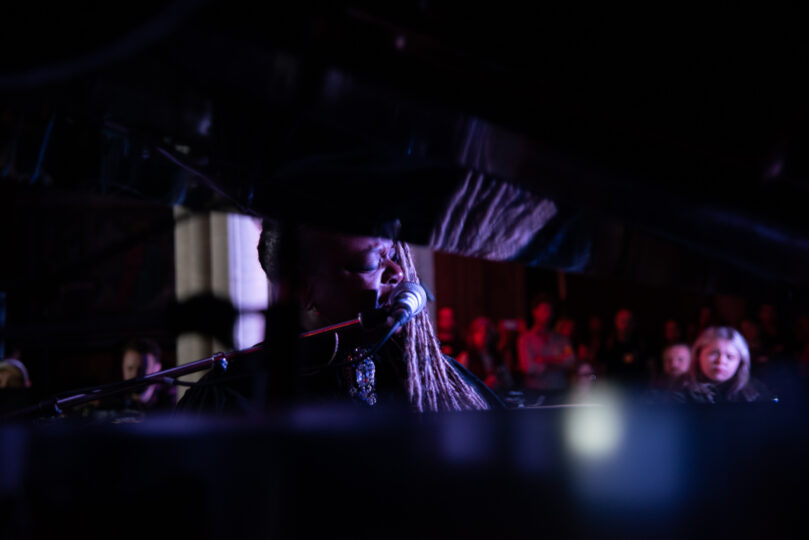 This April, to coincide with Earth Day, the music industry launched a surge of vital sustainability initiatives and green commitments to move the dial on creative climate action. Julie’s Bicycle was founded by the UK music industry in 2007, so it’s been thrilling to partner in this new wave of activity that’s generating headlines.

‘How rock’n’roll found a new purpose by rallying around the climate crisis’ led in the Independent, while the NME covered labels, Beggars Group and Ninja Tune, unveiling plans to turn their operations carbon negative. Peter Quicke, Ninja Tune’s Co-CEO, received a Julie’s Bicycle Creative Green Champion Award in 2020 for his work driving climate action in recorded music. Hear more from Peter in our carbon offsetting webinar.

The new Sounds like a Plan podcast, hosted by journalist Greg Cochrane and Savages musician and activist Fay Milton, featuring JB’s Chiara Badiali, was also covered by music magazine Kerrang! among others.

Our partners at Music Declares Emergency launched the Turn Up The Volume campaign, around Earth Day, to highlight the incredible sustainability work taking place across UK music. The classical music world joined in, launching Classical Declares Emergency with an open letter headed up by 100 high-profile names, including JB clients, like Askonas Holt and Opera North.

You can also read our latest article, all about JB’s ongoing collaboration with Welsh musician, producer and activist Novo Amor, including our exclusive introductory video from Birthplace Director Sil van der Woerd, and watch his Earth Day interview with JB’s Chiara.

“As artists, venues, agents and all the members of our industry we will actively share best practice in order to divest from fossil fuels, reduce waste, pollution and carbon emissions. We want to instigate an open conversation about the challenges of creating a sustainable music profession and we commit to using our platforms to inspire, educate and demonstrate change.”

If you’re a classical musician looking to engage in environmental action, check out our Green Orchestras Guide and read an opinion piece by John Warner, Founder & Artistic Director at Orchestra for the Earth, about his organisation’s sustainability journey.

Other Earth Day-inspired audio highlights included JB’s Farah Ahmed joining presenter Poppy Begum and her panel on the BBC Asian Network Group Chat show to talk about ways to save the environment. And Mercury Prize-nominated musician, producer and activist Sam Lee discussed JB’s influence on his work, in The Culture Bar podcast: Under the Spotlight: How the Arts can respond to the Climate Emergency.

“Culture eats strategy for breakfast… We just need to make sure that art can survive, can proliferate, be back to the same capacity that it was a year ago. And that we’re supporting artists in helping to paint a better future, for everyone”

Season for Change, a UK- wide programme inspiring urgent and inclusive action on climate change, a JB partnership with Artsadmin, launched its April – July programme on Earth Day with an activism-inspired film. Going back to the roots of Earth Day, the film revisited historical speeches through the voices of contemporary artists and activists. Alongside this, Season for Change commissioned artist, Love Ssega’s new EP was launched with the ‘Our World (Fighting for Air)’ song and a 16-page comic climate manifesto.

JB’s recent Creative Climate Chats series featured Love Ssega and Eli Goldstein, (Soul Clap & DJ’s for Climate Action) which can be rewatched here. The two talk climate action in music and breaking down silos between sectors. For more music inspired reading, take a look at JB’s interview with music producer, DJ and MDE advocate Jayda G, all about how music and the environment come together in her work.

EarthPercent, a new music industry-affiliated initiative asking the industry to donate a small percentage of their annual income to fund impactful work fighting climate change, launched on Earth Day and is partnering with JB to help fund ongoing work greening the music industry.