The Missing Link: International Perspectives on Culture and Climate 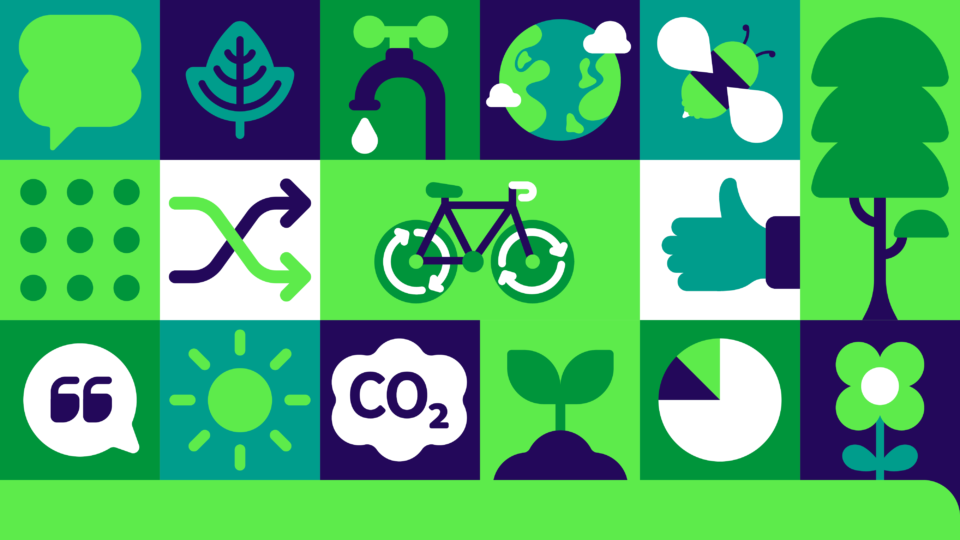 We’re thrilled to be joined by an exciting line up of speakers for ‘The Missing Link: International Perspectives on Culture and Climate’ plenary event, hosted by Julie’s Bicycle in partnership with the British Council as part of The Climate Connection. The event is part of the UK House Pre-COP programme, and it aims to mobilise the arts and culture to take action on the climate and ecological crisis. 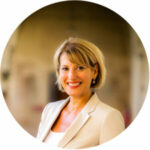 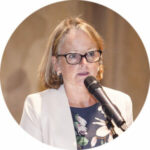 Rachel Launay started in her role as Country Director, British Council Italy in January 2020. Rachel has worked for the British Council for almost 25 years. She is a trained teacher of English, teacher trainer and specialises in Applied Linguistics. She began her career in East Asia – Thailand, South Korea and Hong Kong – before moving into academic management and broader cultural relations work in Portugal and then London. She has worked closely with the Foreign Office in London before moving to Berlin where she was Country Director Germany for 5 years. Rachel has a first degree in French and German from East Anglia University and an MA in ELT and Applied Linguistics from Kings College London. 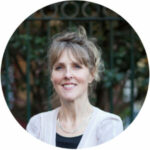 Alison Tickell established Julie’s Bicycle in 2007 as a non-profit company helping the music industry reduce its environmental impacts and develop new thinking in tune with global environmental challenges. JB has since extended its remit to the performing and visual arts communities, and wider creative sector. With an increasing international profile JB is acknowledged as the leading organisation bridging sustainability with the arts and culture.

Originally trained as a cellist, Alison worked with seminal jazz improviser and teacher John Stevens as a performer and trainer. She worked for many years with socially excluded young people at Community Music, training professional musicians in teaching, mentoring and business development, and then at Creative and Cultural Skills where she helped establish National Skills Academy for the music industry. Advisory roles include Tonic Theatre, Observer Ethical Awards, Royal College of Arts, D&AD White Pencil Awards, Music Week, Tonic and WOMEX awards. 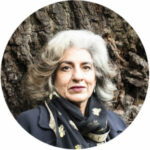 Farhana Yamin is an internationally recognised environmental lawyer, climate change policy expert and activist. For 30 years she has provided high level strategic and legal advice to leaders of vulnerable countries and was Lead Author of three assessment reports for the Intergovernmental Panel on Climate Change. She is also credited with getting the goal of net-zero emissions by 2050 into the 2015 Paris Agreement after which Ms Yamin founded Track 0, a co-created global campaign to unify the climate movement focusing on a full phase-out of greenhouse gas emissions to zero in line with climate science. In 2018 She joined Extinction Rebellion (XR) as Coordinator of the Political Strategy Team and played a central role in the rebellion including getting arrested in April 2019 for gluing herself to the HQ of the oil giant, Shell. She now remains a member of XR’s International Solidarity Network and is an Associate Fellow at Chatham House, a Fellow of the Royal Society of Arts, a Senior Advisor for Systemiq, a Trustee for Greenpeace-UK and Julie’s Bicycle, and a member the Programme Committee of WWF-UK.

Hilmar Farid is a historian and cultural activist. In the 1990s he was active in the pro- democracy movement. He is a founding member of Jaringan Kerja Budaya, a collective of artists and cultural workers in the early 1990s, and also the Institute of Indonesian Social History in 2000. He taught history and cultural studies at the Jakarta Arts Institute and University of Indonesia for several years. He received his PhD from the National University of Singapore and wrote his thesis on Pramoedya Ananta Toer and the politics of decolonisation in Indonesia. He has been an active member of the Asian Regional Exchange for New Alternatives (ARENA) and the Inter-Asia Cultural Studies Society. Since 2015 he is serving as the Director General for Culture at the Ministry of Education, Culture, Research, and Technology of the Republic of Indonesia. 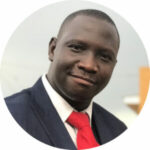 Mr. Bruno is a consultant in program development especially in rural development. He holds a Master of Science in Rural Development and Natural Resource Management (NRM). Currently, he is the Executive Director of ACSET Uganda (Indigenous NGO in Uganda). Mr. Bruno has worked in different sectors (Agriculture, Community development and Youth Development) with Local Government of Uganda, International NGOs and Local NGOs in Uganda.

Mr. Bruno now strives at creating a framework where local people and culture can play role in mitigating climate change in Uganda. 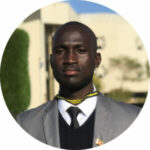 Professionally, Mr. Jaspher is an Entomologist and Microbiologist. His main areas of research interest are: insect pathogens and microbial pest control; ecology and physiology of entomopathogenic fungi; biopesticide and Integrated Pest Management (IPM) and how beneficial insects (pollinators, parasitoids and predators) can be used together with biological pest control agents to support sustainable agriculture.

Mr. Jaspher Ewany studied Agriculture for Sustainable Development at Natural Resources Institute (NRI), University of Greenwich, in the United Kingdom on a commonwealth scholarship and is currently pursuing his PhD in Biology at the University of Neuchatel, Switzerland under the Swiss Government Excellence Scholarship. 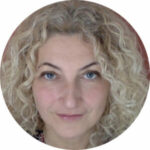 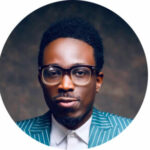 Wole Adegbule is an Environmental Advocate and SDGs promulgator based in Ile-Ife, Nigeria. He is a UN 5th Global Entrepreneurs Awards Candidate and British Council Certificate Recipient who has connected with over 10,000 young people, championing the green economy, environmentalism and education for effective leadership and global change. Wole was the pioneer Nigerian National Director of the International Student Environmental Coalition (ISEC), an organization he brought to the African continent which has now spread to 12 other African countries through his leadership and inspirational volunteering spirit.

Wole released CLIMATE IS CHANGING in 2021, a Nigerian musical video on climate justice. He has a Master’s degree in Environmental Science from OAU, Ife.

Maryam Bukar Hassan (a.k.a Alhanislam) is a renowned poet and an exponent of the spoken word, who has performed at major festivals and events both locally and internationally. An indigene of Borno state born on the 25th December 1996 in Kaduna State, Maryam has performed in a various high level events including the Ake Arts and Book Festival, the Kaduna Book and Arts Festival, TEDx Argungu, NEXT Level U.S.A and the Sustainable Development Goals (SDGs) conferences.

Yiğit Özşener, Turkish actor of screen and stage, completed his undergraduate studies in BS in Electronics and Telecommunications Engineering at Yıldız Technical University and his MBA at Koc University, Istanbul. After his training under Şahika Tekand’s mentorship, with Studio Players, he took part in various plays such as Becoming a Rhinoceros, The Dumb Waiter, Player, A Trial in Istanbul (based on Kafka’s The Trial), Euridice’s Cry (based on Sophocles’ Antigone), How to Forget in 10 Steps (Anti-Prometheus produced for 2010 World Cultural Capitals), Waiting for Godot, and IO. He participated in workshops by Theodoros Terzopoulos, Ellen Lauren, Natsuko Ohama, David Bridel, Susan Main, Center of Jerzy Grotowsky & Thomas Richards and Shizuoka Performing Arts Center. His first international stage appearance was his part in Heracles Triology produced by Attis Theatre of Athens for 10th International Greek Drama Festival. As part of the Theater Olympics, he acted in Persians and Waiting for Godot. Yiğit Özşener, with his acting style remaining firmly rooted in his stage technique, developed a form of screen acting that was quite unique. He has been greatly praised for his TV and cinema performance with diverse range of roles in Üzgünüm Leyla, Dudaktan Kalbe, Ezel, Son, İntikam, Yüz Yıllık Mühür, Cesur ve Güzel, Bozkır, 5 Vakit, Kaybedenler Kulübü, Dedemin İnsanları, İşe Yarar Bir Şey, Kırmızı Oda. Özşener is also a sought-after voiceover artist for commercials and audio-book streaming services. On top of that, he is a committed environmentalist, who is an ambassador of TEMA Foundation (the most esteemed and widely known environmental organisation in Turkey). As part of İKSV’s Cultural Policy Studies, he is taking part in projects that advocate for the role that cultural actors can play in ecological transformation. He is a member of the key opinion leaders committee of Arçelik (awarded as the most sustainable home appliances and houseware company in the world, and the first and only Turkish company to make the list) and provides consultancy within the scope of company’s sustainability agenda.