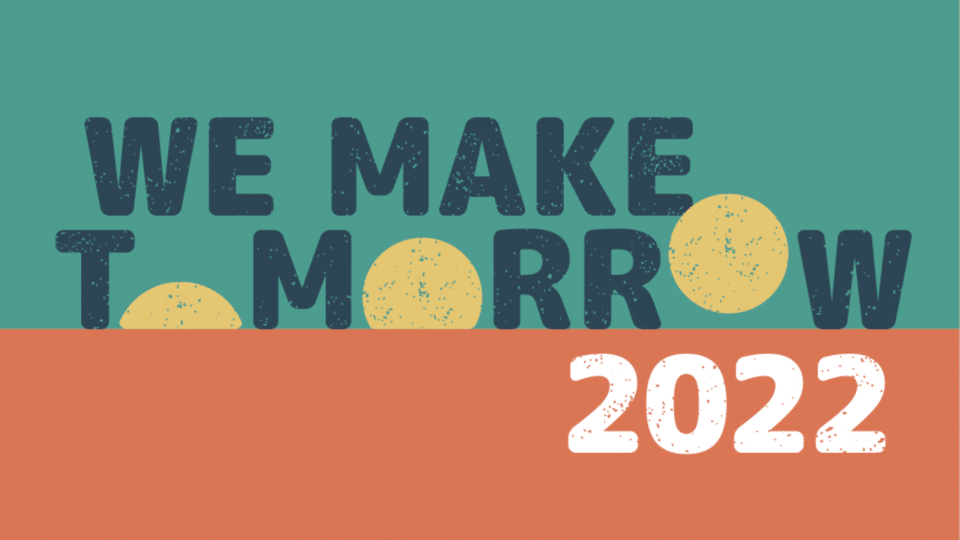 Take a look through the performers taking part in our landmark summit We Make Tomorrow on 13th October 2022 at the Birmingham Rep & Library or online. 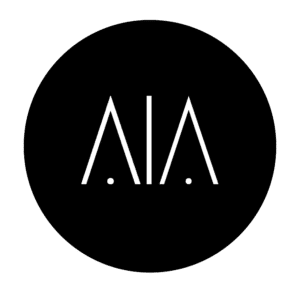 Our artistic curation partner for We Make Tomorrow 2022 is MAIA, who have commissioned the following performance, visual and spoken word artists to create new works and present interventions throughout the day, responding to issues of land and environmental justice, displacement, cultural heritage, hope and healing. 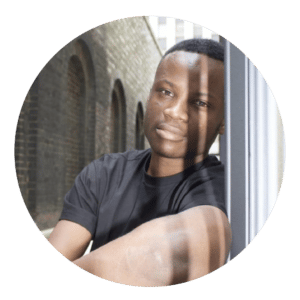 Adjei Sun is a multi-disciplinary artist and organiser based in Birmingham. Themes of his poetry include mental health, masculinity, identity, healing and love. He began performing poetry at 16 and has performed locally as well as internationally. In 2022, Adjei performed internationally at the Dubai World Expo and has also performed for international audiences to open BBC World Questions, and to welcome the Queen’s Baton into Victoria Square, Birmingham, for the Queen’s Baton Relay Homecoming Festival.

As an organiser Adjei has been producing events for over three years, to engage young people in Birmingham in causes around them such as mental health, inclusive youth projects, and anti-knife crime. 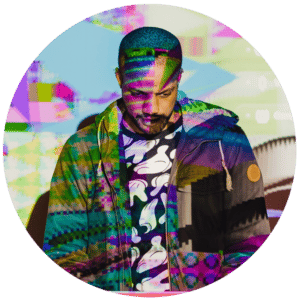 Antonio Roberts is a Birmingham-based artist and curator, working primarily in video, code and sound, exploring how technologies continue to shape ideas of creation, ownership and authorship. Antonio’s performance practice includes algorave and live coding, where music is generated from algorithms. He also supports the development of Black artists to explore the possibilities of live coding. 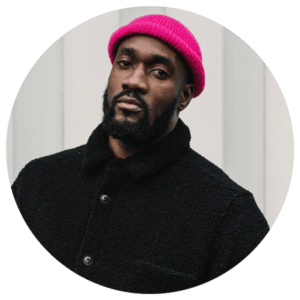 Auden Allen is a Birmingham-based creative practitioner, performer and producer, whose practice engages nature, spirituality and music. As a purpose-driven artist working across styles and technologies, Auden is passionate about contributing to the protection, evolution and growth of young people. Key projects include I Am My Mother’s Child, GrimeBoy and I Am Abundance. 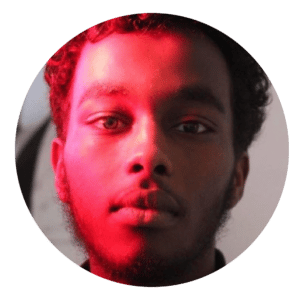 Ibrahim Hirsi is a student, writer and poet.

A digital cultural archivist, his work has been performed as part of the Bedlam Mental Health Festival, contributed to the DearAyeeyo exhibition at The Roundhouse, featured in the Confined But Creative exhibition and is in Poetry Birmingham Literary Journal. He has worked as a consultant on Asmaa Jama’s interactive short film ‘ ‘Before We Disappear” and has poems Flipped Eyes’ “Before Them, We” anthology. 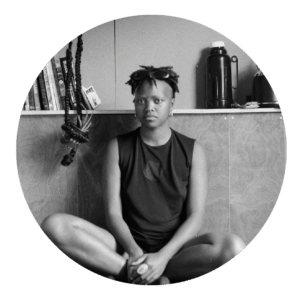 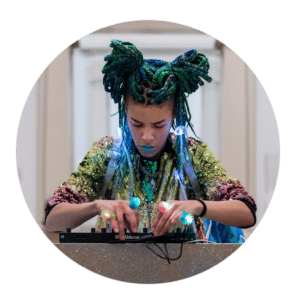 Rebekah Ubuntu is a multidisciplinary artist, musician, university lecturer and artist mentor based between London and Kent, UK. 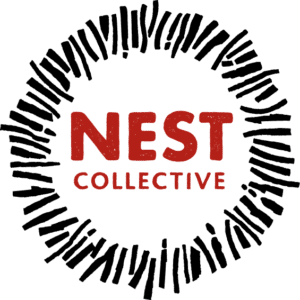 Our musical curation partner for We Make Tomorrow 2022 is Nest Collective, who have selected artists passionate about social and environmental justice to accompany and play for participants throughout the day. 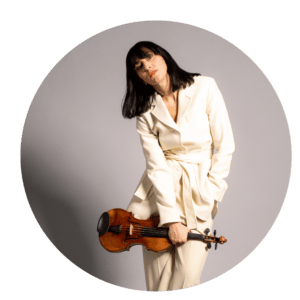 Anna Phoebe is a violinist, composer and broadcaster working on cross-disciplinary collaborative projects.

Anna’s latest commissions have come from the European Space Agency, writing music to Earth Observation Data tracking the climate crisis; and the University of Kent in association with Cancer Research UK, for whom she composed a choral–orchestral work in response to cancer and dementia research. 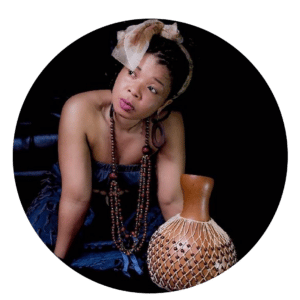 Originally from the Upper Zaire and Kivu in the Eastern DR Congo, Emmanuela Yogolelo is a singer-songwriter, live performer, workshop facilitator, speaker and cultural leader.

Emmanuela developed her passion for music from an early age, soaked as she was in the musical surroundings of her native land. She was exposed to the traditional acoustic music of the Shi and Mbuti pygmies, the musical genres of neighbouring Rwanda and Burundi, the music of the streets, the radio and the local nganda pubs.

Her mother sang whilst performing her household chores, the local fishermen sang on their boats, the farmers whilst carrying out their daily tasks. From the age of six, Emmanuela performed traditional songs as part of family weddings and funerals and her influences come from far and wide, including African gospel, Afro jazz and Congolese styles of music, such as Rumba, Seben and Agwaya. 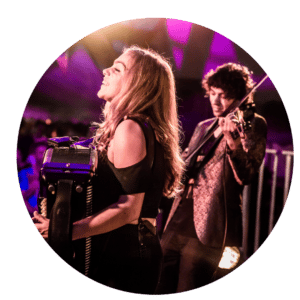 The duo met in Branko’s Romani village in 2009, and – with music as their only tool for communication – began a journey that would lead to their marriage, their last album ‘Gypsy Lover’ being placed in the top 10 World Music Charts, a successful international schedule and an award winning documentary tour. From a foundation of ‘Serbian-Roma’ music, Faith i Branko have created a style that draws from both of their musical heritages and uniquely expresses their interpersonal conversation. This forms an original set with a storming ensemble which is joyous, passionate, tragic and virtuosic. 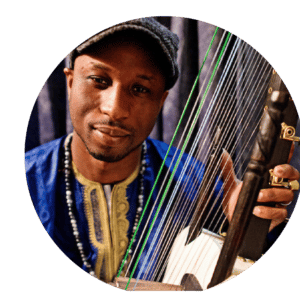 Kadialy Kouyate is a musician, a singer songwriter inspired by the West African Griot repertoire.

Born into the great line of Kouyate Griot in Southern Senegal, Kadialy’s mesmerising kora playing and singing style have been appreciated in many prestigious venues as both a soloist and in different ensembles.

Since his arrival in the UK Kadialy has played a significant part in enriching the London musical scene with his griot legacy. He has been teaching the Kora at Soas university of London for the last decade and he has also been involved in countless musical projects both as a collaborator and a session musician. 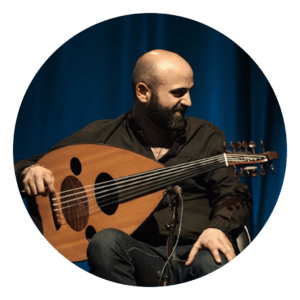 Saied Silbak is a Palestinian composer and Oud player born in Shafaa`mr, a city located in the lower Galilee of occupied Palestine. His music has been performed around the world at festivals and concert series in Palestine, the UK, Belgium, France, Morocco, Argentina and beyond.

Silbak has a Masters Degree in music from the Guildhall School of Music and Drama in London. He composes music for solo Oud as well as traditional Arabic and various contemporary ensembles. In recent years he has worked with many artists on interdisciplinary projects and has been involved in educational and community works, developing a politically and socially engaged practice. His music is known to bring together new musical colours by fusing elements from different musical styles combined with rhythms from distinct regions of the world, providing the listener an authentic world-crossing experience.