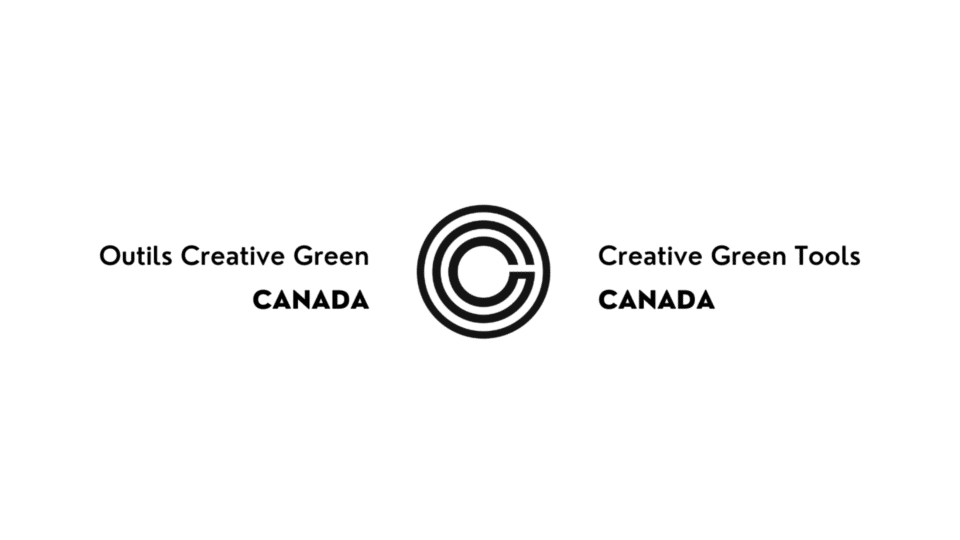 From Funding to Launch

Two years after the Quebec Drama Federation (QDF) received its first round of funding to begin adapting Julie’s Bicycle’s Creative Green Tools (CG Tools) to the Canadian context, the Centre for Sustainable Practice in the Arts (CSPA) and the Conseil québécois des événements écoresponsables (CQEER) – both key partners since the project’s inception – launched the CG Tools Canada-wide on April 22, 2022. The launch of the Creative Green Tools Canada program was made possible in part by strong, continued support from the Department of Canadian Heritage and the Canada Council for the Arts, collectively funding the project with half a million dollars.

The Impact of the CG Tools Canada

The Creative Green Tools Canada will empower arts and culture organisations across the country with a simple and accessible way to track, understand and reduce their environmental impacts. They are adapted from Julie’s Bicycle’s CG Tools, a comprehensive set of carbon calculation and reporting tools designed specifically for the arts and culture sector. The CSPA and the CQEER will manage the program and provide training, support and educational resources to users of the Tools in both official languages.

Rahul Gandhi, the QDF’s Director of Operations, says of the new funding,

“The Quebec Drama Federation is honoured to support the Creative Green Tools Canada team as they prepare for launch and beyond. QDF has supported this project through its infancy to the present: a living project with national implications for a greener future. QDF will continue to collaborate with the CSPA and the CQEER on their program and mission, and encourage the arts and culture sector to include the CG Tools in their practices for years to come. The Creative Green Tools are a beacon towards a brighter future.”

Minister of Canadian Heritage, the Honourable Pablo Rodriguez, is very supportive of the initiative. He said in a statement,

“We believe Creative Green Tools will empower arts, culture and heritage organisations as they shift towards a greener future. Our government is proud to invest nearly half a million dollars to help them increase the sustainability of their activities for the benefit of the planet and all Canadians.”

Founder and CEO of Julie’s Bicycle, Alison Tickell, says of the program,

“We are delighted to be working in partnership with the CSPA, QDF and CQEER to see the CG Tools Canada launched and used by the Canadian arts and culture sector. We look forward to continuing to work together in our shared goal of supporting arts and culture to take action on the climate crisis.”

The team is proud to have launched a program that is not only backed by science and good data, but that prioritises inclusion and accessibility. In the years leading up to the launch, they engaged in a formal consultation process with Indigenous communities via Naheyawin, and also undertook a web accessibility audit to ensure the platform will be accessible to all who are invested in contributing towards environmental sustainability. They will continue to expand and strengthen equity, diversity and inclusion (EDI) initiatives through continued consultation and formal organisational structures.

The team is also proud to be offering fully bilingual programming and comprehensive support for francophone users and communities. The CQEER will provide the program’s French language services. They will work alongside the CSPA, who will provide the core program services and English language training and support. This launch is part of an important milestone for Julie’s Bicycle, who are thrilled to collaborate on their CG Tools being adapted for other countries after building and improving upon them for over a decade. International collaboration is critical in the fight against climate change and having an environmental assessment framework that crosses borders is a big win for arts and culture.

The program will be enriched by a long list of partners and collaborators, and supported by a team of capable staff members. You can read more about the team, the program and the Tools here.